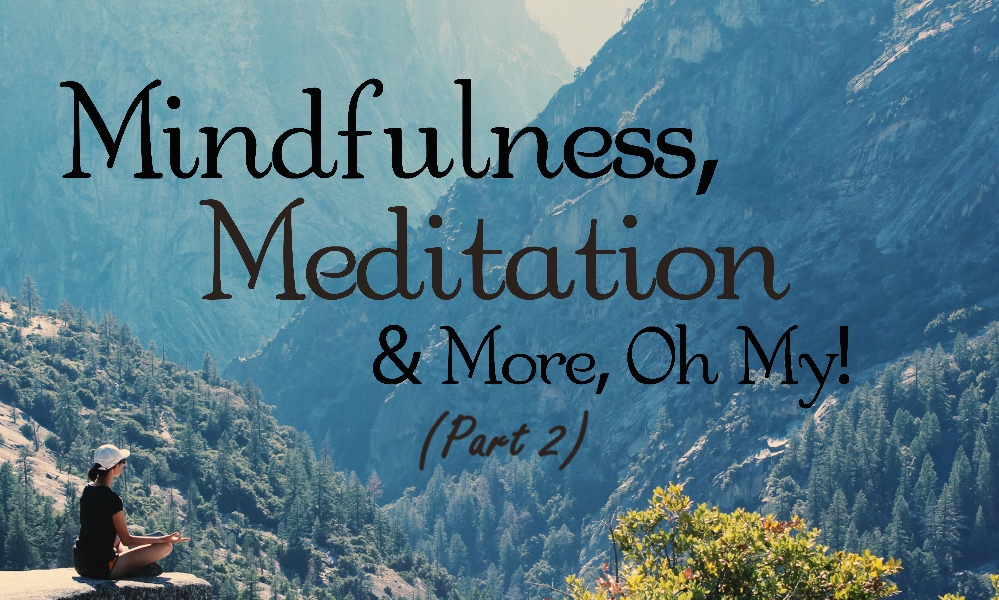 “Meditation is not a way of making your mind quiet. It is a way to enter into the quiet that is already there – buried under the 50,000 thoughts the average person has every day.” – Deepak Chopra

I tend to complicate things when first trying to learn them. I used to actually get stressed out because I believed I wasn’t meditating correctly. That was counterproductive to say the least. At some point I realized that it wasn’t about how I was doing it, just that I kept on doing it. It’s like strength training. It doesn’t matter so much how hard you train, which gym you go to or how much weight you lift. Yes, those things could change how long it takes to build a certain amount of muscle, but what matters most is that you have a consistent practice. That’s what builds the muscle and that’s what gives you strength.

I was seeing results from meditating. It has helped me fall back to sleep at night avoiding the spiraling down the rabbit hole of thought that often comes. It’s helped me be kind even as someone is being mean. I was getting less frustrated with people who pushed my buttons. I was feeling less stressed. So whatever I was doing in my 15-minute-a-day meditation practice – it was working, something in me was changing, softening.

Would that be helpful to you?

Stanford University meditation expert Leah Weiss, who was taught by the Dalai Lama says, “Meditation is a type of mental training that can increase your focus and compassion for others, among a wide range of other benefits. It calms you by slowing down your heart rate, your breathing and your metabolism, while decreasing cortisol levels, oxygen utilization and carbon dioxide emission.”

Mindfulness is a way of being. It’s an awareness. It’s an attitude. Meditation is one way to practice mindfulness and get better at it. That calmness I was feeling while meditating was showing up in other areas of my life. I was becoming more mindful. So I wanted to know more about how all this works. In studying Dr. Jon Kabat-Zinn’s Mindfulness MSBR Training, I incorporated what he calls the 9 attributes or attitudes of mindfulness.

The first is Non-judging. I began to practice observing my thoughts more and refraining from passing judgment on them. Instead of always labeling thoughts as either good or bad or anything in between, I got better at seeing them for what they were. Just thoughts. Wow, did that free me up to be less angry, frustrated, or fearful of so many things! Someone changes lanes too quickly in front of me on the freeway, I take a moment to send them love and imagine they are on their way to see a sick parent.

The second is Patience. Patience is a form of wisdom. When I can slow down and observe what’s happening, almost as if I am a witness, not actually involved, I make time to not judge and consequently have less of a reaction to it. It’s like the time-out we give our children. Even just a second or two can help me diffuse the anger, frustration or fear and help me see the situation for what it is. Just a situation that will pass.

The third attitude is Beginner’s Mind. Have you ever started a class on something you’ve never done before? I’ve begun to sing in a new choir – and I have only a few years’ singing experience. My mindfulness practice has helped me tremendously to see myself as a little girl trying to ride a bike for the first time. Had I judged her, been impatient with her, yelled at her, she most likely would have stopped trying to learn how to ride. But when I see myself as I am, a beginner who wants to learn, do my best and be a part of something bigger, then I can relax, enjoy the process, make mistakes, learn from those mistakes, and have fun.

The fourth attribute of mindfulness is Trust. Kabit-Zinn says, “Developing a basic trust in yourself and your feelings is an integral part of meditation training. It is far better to trust in your intuition and your own authority, even if you make some “mistakes” along the way, than always to look outside of yourself for guidance.

Stay tuned for more about the last 5 attributes in Part 3.

Join me at a Rejuvenate with Mindfulness Retreat January 25-27, 2019, at the Franciscan Renewal Center, Scottsdale, Arizona. Register here: Institute For Mindful Works

Find more ideas for self care at Fuzzy Red Socks